Posted on 14 September 2022
The oceans are not only victims of climate change, they are part of the solution to it. In fact, the oceans absorb about 25% of greenhouse gas emissions each year.
Let's talk about it in detail with Rémi Ratsimbazafy, WWF's ocean doctor.

How are the oceans impacted by climate change?
First of all, it is important to know that the oceans absorb more than 90% of the excess heat and 30% of the CO2 emissions from human activities. Therefore, they are directly affected by the effects of climate change.
Firstly, the abnormal increase in temperature leads to glacial melting at the poles and thus causes the rise in sea level. But this increase in temperature is not without consequences, because it causes extreme weather phenomena such as cyclones and heat waves in the oceans, with an excessive increase in sea surface temperature.

An acidification of sea water is also expected due to the absorption of excess CO2 from human activities by the oceans.

All this has consequences, doesn't it?
The rise in sea level will cause erosion of coastal areas, leading to a higher vulnerability of marine and coastal ecosystems (coral reefs, mangroves, sea grass beds) if they are not able to adapt. It could also flood an entire city at the same level as the sea, and the intrusion of sea water into the water tables supplying coastal villages with water.

Excessive heat leads to an intensification of cyclones and storms which represents a high risk for coastal villages.

One of the consequences of the excessive increase in sea surface temperature is the phenomenon of coral bleaching. In the extreme case, the corals crumble and disintegrate due to the physical action of the waves. It may also radically change the dynamics of ocean currents, significantly affecting marine organisms and climate.
The acidification of the oceans represents a risk for all marine organisms made of limestone (shell, skeleton...) because the acid dissolves the limestone.

The big challenge is how to maintain and improve the health of these marine and coastal ecosystems so that they are less vulnerable and help people adapt to the impacts of climate change.

Can you share a concrete example of how climate change is affecting the oceans in our landscapes for example?
Case of coral bleaching in the western part of Madagascar (DIANA, Melaky, Atsimo Andrefana). Indeed, cases are observed, among the coral colonies, some are without color compared to others (bleached). The reasons are that the microscopic algae living inside these corals giving them the bright colors are gone, leading to their mortality.
The coastal areas of Madagascar are also already experiencing a rise in sea level according to the analyses of the Directorate General of Meteorology.
Finally, an effect of climate change affecting the livelihood of coastal communities in the northern part of the island, the prevailing winds (varatraza) usually lasting two to three months, are currently spread over 5 to 6 months, depriving fishermen of their activities at sea. 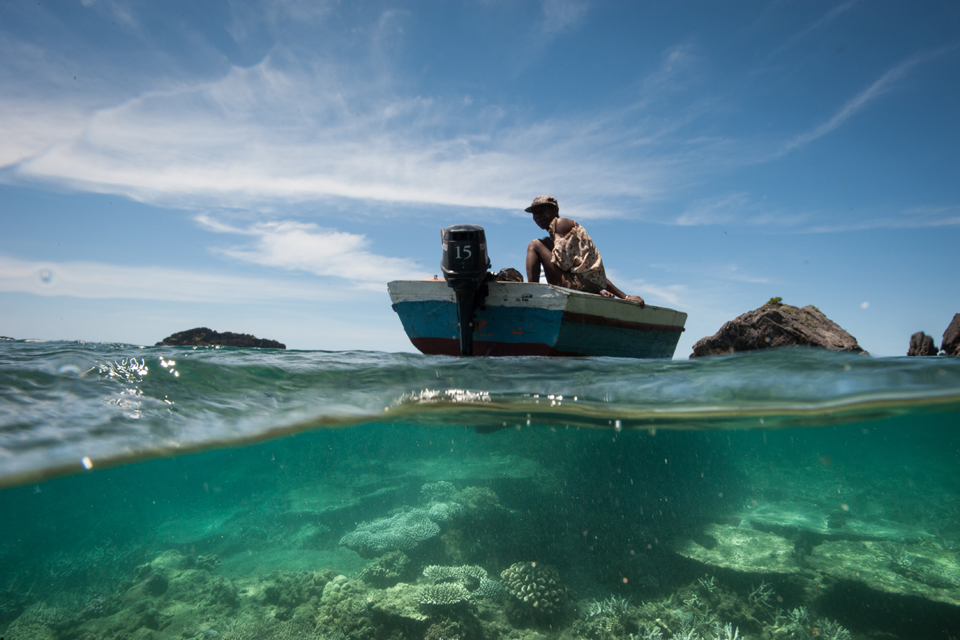